I’m proud to say that I’ve been a user of SoundCloud for five years. That may not seem like a lot of time, but concerning the music industry, that means ages. Back then, this platform was the solution to everything I could have possibly wanted from a music platform: it was clean, stylish, easy, intuitive, and even came with two free hours of upload space.

But as the years flew by and I started taking my music career more seriously, I noticed that SoundCloud just wasn’t cutting it anymore. I was now paying attention to new details because my career called for it. Upload caps had become a nuisance, yet because of the entire platform’s distinguishable drawbacks, I could never justify paying them monthly to expand my track capacity.

Now, for the record, I understand why SoundCloud needed to charge for additional storage space. In its early years, they needed money to fund their venture. But fast forward through my five-year membership and a lot has changed. They now sport 175 million registered users and some serious changes in business models. Today, SoundCloud makes money primarily through 1) an ad-based platform with an additional premium ad-free service called SoundCloud Go and 2) the premium creator perks service SoundCloud Pro.

SoundCloud Go is an appeal to the new age of “the streamer.” After all, society is way past iTunes. It’s been ditched for the likes of Spotify, Apple Music, Pandora—you name it. It makes sense that SoundCloud would try to grab a slice of the cake themselves. But right now, it just seems like they’re experiencing a major identity crisis.

Any experienced user will tell you that it’s teetering on that fine line between a creator-based platform and a streamer-based platform. There’s nothing wrong with being both, but there are still a serious amount of issues that plague both sides of whatever SoundCloud is trying to be. 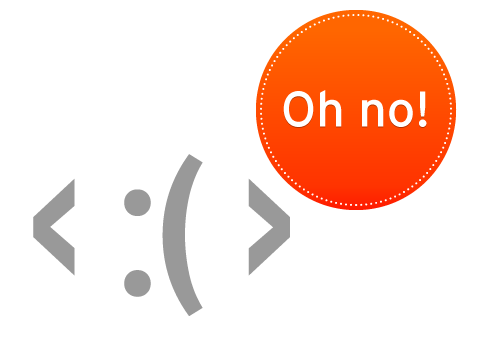 Let’s start with the creator side:

The current time cap for artists is now three hours of music, up only one hour more since when I began using SoundCloud—and that’s nothing compared to services like Mixcloud which allows for unlimited uploads of typically hour+ DJ mixes. Regarding general tech, storage space is getting cheaper by the hour and global compression algorithms are getting better every week. It doesn’t make sense to starve creators of additional free storage space.

And you know how any regular person can promote a post on Facebook or Twitter or somewhere else? Not on Soundcloud. Any promoted posts are only done by (at least semi-) decently well-known artists. It seems they’ve gone the way of YouTube and put their efforts into supporting their cash cows. There’s no more going viral. Plenty of us are willing to pay to get a new leg up on plays. It’s odd that regular musicians can’t pay SoundCloud to promote their tunes at the top of a search list.

Since we’re on the topic of other social media platforms, let’s talk about analytics. Virtually every social media platform in existence offers free analytics for their users. SoundCloud is still set on making you pay for anything above generic song-plays charts. Not attractive to frequent users.

Let’s move on to the streamer side:

I’d like to start off with the biggest no-brainer of this entire situation: playback quality. Even the crispiest song files uploaded to SoundCloud sound like a 1960s radio through playback. With a lot of streamers being fellow musicians or people just super passionate about listening to music, odds are they either have a good set of headphones or a good set of speakers. Low-quality playback is not only an embarrassment to the site; it’s an insult to the creators who have spent years honing their musical craft.

Then there’s the quality of the mobile app. At first glance, it’s pretty well put together, but as you try and access more of the features you’re familiar with from the browser version, you’ll soon find that many just don’t exist on the app. There is only ONE feature that I have been waiting for to be added since the app’s origins that has never once been touched: the ability to access a user inbox. I still do a lot of collaboration through SoundCloud, and yet I can’t even check my messages which away from my computer. Simply put, the app contains plenty of bugs and has remained very clunky. The only info I get from their iOS updates is that they’ve tweaked stuff for SoundCloud Go users. I say again: not attractive.

A company will do the best it can to raise money and maximize value—this is a general principle of business. It is clear that SoundCloud Pro is no longer profitable, as it just doesn’t appeal to users. If that statement were false, SoundCloud wouldn’t have changed their business model. I don’t remotely disagree with the choice to become an ad-based platform, or for pivoting more towards streaming. It was a good idea that follows modern trends and if anything, it will help artists interact with their audiences even just a little bit more. That being said, there are still so many things fundamentally wrong with the platform. As a veteran user, it pains me to see so much that still needs to be improved being forgotten about. So much focus has gone into SoundCloud Go that it just seems pointless for creators to continue pressing on. I fear that SoundCloud will continue to deepen its identity crisis, by putting on blinders, dumping all of their eggs into the basket of streaming, and forgetting about the masses they originally intended to serve: the underground musician.

To stay updated on my meandering thoughts, head down to the comments section and subscribe for future weekly Write-ups. See you next week!