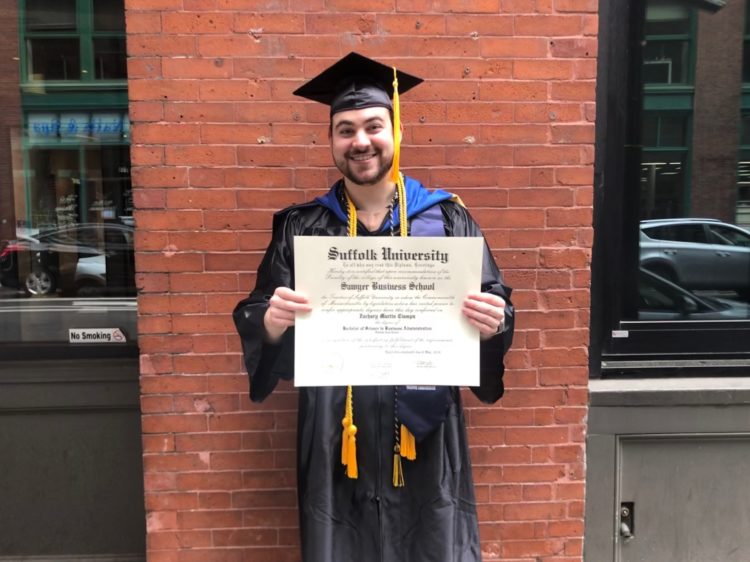 It’s been exactly two years to the day since I last published something on this blog. Some would say it’s coincidental, yet I feel like it’s some sort of fate in relation to changes that have fallen upon me in recent months that is leading me to write again. I originally set up this blog as a way to discuss topics revolving around the music industry from my view as an independent artist, but at some point, every person needs a place to put their thoughts and this is mine.

For the first time in my life I’m free of all obligations, save some periodic rent payments and utility bills. There is no classwork to be done, I have no formal job to occupy my time, I have no place to be. My first few weeks post-grad were filled with relief and a feeling of steady contentment. Many people told me to take advantage of this time and enjoy myself while I could and that this was gearing up to be one of the most exciting journeys of my life. Slowly but surely, I was entirely consumed by a crippling wave of doubt and a massive sense of loss.

As recent graduates, we have been used to only one real type of stress: the one that’s caused by us piling as much into our schedules as we can in order to set ourselves up for what comes after schooling. But nobody ever prepares for (or expects) the new, brooding type of stress that appears when all of the previous activities that occupied our schedules are suddenly stripped away. At first, I thought it was just me and that I had finally lost my mind. Everything in my life seemed different, from my relationships with others to my favorite TV shows. I used to enjoy binging Friends whenever I could. I used to enjoy sitting down and writing new music. It appeared that I had gotten“cabin fever”, as my roommate Connor put it.

The initial few weeks after graduation—and even during finals leading up to it—I was able to do as much of what I enjoyed as possible. In probably one of the least “me” phrases people will ever hear me say, unfortunately, all good things must come to an end. I had experienced these feelings before about ten years ago after I moved from Atlanta to Boston. This was wholeheartedly a familiar, depressive state.

All though it took a while to come out of the woodwork, I began discovering that many of my friends and classmates have been experiencing something extremely similar. The new doubts vesting in all of us centered around seemingly endless job hunts, constant over-analyzing of every facet of our lives, and the growing questioning of our individual purposes have led me to one specific thought: former students have collectively been so installed in the educational machine that we can’t cope with the fact that our removal from said machine would leave us further destroyed than our forced participation in it. It’s no wonder that our mental health as a generation is so persistently obliterated.

To be clear, I am by no means bashing learning systems or higher education. The state that I’ve been in has simply led me to recognize that there are no real resources available to graduates after we leave the fray. Friends move away, social lives shrink, even professors that we could confide in are suddenly out of reach. And even if a university has the best alumni network in the world and the best counseling office in existence, there’s no support system for recent graduates. I even looked into therapists in the Boston area and none had availability. One would think that Boston, a progressive city that places such a high value on education, would have more of a support system for their budding new tributes to the workforce. All I’m left with is a feeling that we were all abandoned, sent away with a receipt verifying our education and a pat on the back. “Make your community proud.”

So here I sit in Boston Public Library with no major plan. For the first time in my life, I decided to listen to a podcast (the coincidentally relevant Armchair Expert by Dex Shepard). I headed out of my apartment with one single thought: the best first step is to just leave this place. Apparently s new graduates, it’s up to us to be the ones to bolster what remains of ourselves after we’ve exited the educational system we were so heavily encouraged to rely on. Eventually, it may be okay and things might work out, but I like many others in this position, am now completely lost as to how to get somewhere.

To the specific people in recent days that have supported me in this period of my life, thank you. And to those of you who are going through this along with me, at some point we’ll figure this out. Maybe we’ll be the ones to make sure the next batch of graduates gets the support we didn’t. Zach Ciampa produces, writes, and sings under the name Haelphon. He has had countless songs used in commercial media ranging from major brand promos to TV shows to feature films. His debut album HAELPHONICS comes out this summer.